As we bring #WhyMalaysia week to a close, Lisa Ng writes a heartfelt customer complaint letter to our tanah tumpah darah, our beloved Bolehland, Malaysia.

My dear Malaysia, it doesn’t get more melodramatic than this, does it? “This” being about whether to stick with you till “death do us part” or to walk away, even if for a little while, especially if there is evidence of ill-treatment.

You see, for Christians, marriage is an unbreakable covenant between God and the couple. Some people would call it a “contractual promise” of sorts. Others would say that, however we term it, the general principle of faithfulness applies to Man and Motherland. The only difference is, even Christians are not so cruel that they insist we stick with our hurtful spouse (or even parent in some cases) if our wellbeing is at stake.

That is why my Conscience was clear when my family decided to depart from your bosom to—not necessarily greener—but relatively safer pastures. At least for now.

You may label me a traitor. Or you may accuse me of cowardice. Perhaps you may also venture so far as to call me an unfilial daughter. But loyalty is not a blind man. And I believe that loyalty to you isn’t meant to be at the expense of some measure of fairness owed to me and, more importantly, my dignity as a person. People may not be perfect and neither are governments. But there is a limit to what each person can tolerate. For the physically and/or mentally abused spouse, it could be the 100th punch to the face. For the oppressed Iban or Dayak, perhaps the face of a certain man they’ve seen on posters for a long time. But then, I’m no Iban or Dayak or any of the many indigenous tribes who can rightfully be called Bumiputera. I am, however, a true Malaysian. And while I am not entirely fed-up of the way you’re manipulating me, I am in need of some perspective.

I was born here. In Taman Cheras, Wilayah Persekutuan, to be precise. I have a valid birth cert, MyKad, Malaysian passport and even if my Bahasa Malaysia is rusty, I was brought up learning and speaking the language and when I meet a Malay, I salam them. I love your nasi lemak, roti canai, durian, cendol, satay and sayur lodeh. I am also a Malaysian because I’ve rolled with the NEP ever since I was old enough to understand its impact on me and not held any grudge against you or my Malay friends. I know how the political parties in Malaysia were formed because I rote learnt it in high school. Outside the Dewan of my school, I memorised the names of Sultans from the time of Parameswara, through the reins of the Mahmud and Iskandar Shahs, to the era of Disco, all the while sucking on those umbrella-shaped kacang merah ice creams sold unhygienically by the roadside.

During those formative years, there was already a lot of talk about different races in school having different passing marks for their SPM exams. The news was that Kelantan and Terengganu students could pass their Advanced Maths with 30% while the mark to meet for the “others” was 40%. I remember being bothered by this rumour but I don’t recall breaking up friendships with my Malay friends over this.

When I studied in Australia, my lecturers thought I was Malay because my skin is quite tanned and I don’t look typically Chinese. The only reason why I clarified that I was Malaysian Chinese was because it helped me explain the multicultural aspect of Malaysia (and prevent them from asking why I have special concessions on homes whereas my fellow Malaysians don’t). I pay taxes to you. I eat the vegetables your farmers plant. I am comfortable excusing myself when my Malay friends are fasting and I know the difference between Ponggal and Thaipusam.

I’ve even learnt a little bit of Jawi, for goodness sake.

So why do I have to prove to you that I am Malaysian, the way I just did? Because as time goes by, it seems that non-Malays need to, more and more, defend their citizenship to you. You, who BORE us. Citizenship is NOT a favour. Your granting me a Malaysian birth certificate and MyKad may require that I abide by the Federal Constitution and the laws of this country; it’s something I believe in and do. But it does not come with a gag that I have to put on robotically when your policies affect me negatively. After all, your “managers” are working for my vote. And if they’re working for my vote, then they are essentially in the service industry—and I’m not only a daughter of your soil but also your client.

So as the saying goes, this client is NOT happy with the current service. I have honoured our contract. You have not. Instead, you have tried to hoodwink me into settling for less benefits with the promise of living a quality life in peace and harmony. But as it stands, you’re not only NOT delivering on quality life; even the peace and harmony aspects are left fraying on the side.

My ringgit is beginning to take the shape of a pisang rastali. My grocery bill looks like I shopped for Louis Vuitton vegetables and Prada pork. 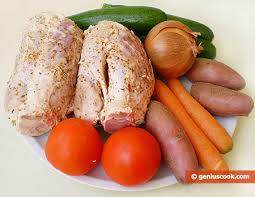 Meanwhile, my mother had her handbag snatched three times in broad daylight in a span of eight months. And you conteng on my Bible while allowing a self-professed scholar to irresponsibly bullhorn his total ignorance of my religion to a wide audience, by associating Santa Claus with it.

In reality, clients get to complain. Then what ensues is a review of the business contract. Here, my vote has a tendency to get rigged. And if I try to protest, I’ll probably be arrested. If I ask why I am being arrested, you’ll probably tell me I have no permit. If I ask for a permit, you’ll likely say I can’t have one because protests are wrong. Meanwhile, as we speak, a large crowd of Malaysians will be dragging a headless cow in protest against an Indian temple being built in their vicinity.

Does it make me less Malaysian to want more respect? More fairness? More security? Or maybe just the opportunity to live comfortably without needing to convert to Islam? Has it occurred to you that “more”, of late, simply means returning a little closer to “equality”?

Does it make me less Malaysian that I’ve chosen to continue building my life in a different country? I don’t think so. We settle wherever we feel gives us the most value for money; nostalgia and sentiments alone are not enough if one has family. This may sound a little too businesslike, but you know, even businesspeople return home once their work is done.

I will always be a Malaysian. Even if I lose all my rights overnight. You can take away my identity cards too but I will still remain nothing but a Malaysian, because identity lives in the Consciousness of our being. It cannot be taken away once it is encrypted into one’s self-awareness.

I did not want to say Goodbye to you, Malaysia. I still don’t. The day we left in the taxi was an emotional one. Because I didn’t just leave behind corruption, crime and crooked policies. I left behind 37 years of friendship, late nights at the office to support the economy, pot-holes and school songs. I left behind countless national day parades, open houses, pasar malams, mamak stalls and yau char kwei dipped in kopi-o. And yes, I left behind all my hopes and dreams for my child to experience all these things. And more.

However, staying on would be akin to accepting that all is fine and nothing needs to change. Or standing up to challenge all that is wrong. Either situation means death to me. Death to the conscience in the first scenario, and death of freedom in the second. And neither is a position I want to take because, above all things, above being Malaysian or Chinese, I am a mother first. And mothers are supposed to put their families before everything else.

Lisa Ng is a human being. She used to be a copywriter in the advertising industry. But now she just writes. For whatever helps us regain the lost art of “giving a toss” towards things that matter to the human race.

Lisa Ng is a human being. She used to be a copywriter in the advertising industry. But now she just writes. For whatever helps us regain the lost art of "giving a toss" about the things that matter to the human race.

20 Responses to Why, Malaysia?